Honoring 60 years of groundbreaking research and discoveries growing understanding of and compassion for our closest living relatives, and ourselves.
What will we discover next?

On July 14, 2020, the Jane Goodall Institute will mark the 60th anniversary of the day that Dr. Jane Goodall first arrived in what is now Gombe Stream National Park, Tanzania, to begin her ground-breaking study of the wild chimpanzees living there. Recognizing 60 years of discovery, the Jane Goodall Institute is proud to honor the revolutionary scientific insights, community-centered conservation, current research, and expansive legacy of our work in Gombe.

JGI’s ground-breaking science, conservation, and connections to the community around Gombe makes it one of the world’s most important and precious resources, which will continue to grow in remarkable ways for many years to come.

As a trailblazing researcher, Dr. Jane Goodall’s discoveries in Gombe and worldwide influence inspire generations across fields, breaking barriers in science, and beyond. Dr. Goodall’s example and story spurred a global movement, encouraging scientific expansion and an important increase in the number of women in STEM and related fields. Dr. Goodall’s living legacy continues to influence millions of individuals, institutions, and organizations. Through groundbreaking research in Gombe spanning 60 years, we have uncovered incredible insights, forever redefining our understanding of human origins and our relationship to the rest of the animal kingdom.  Jane Goodall’s recorded observation at age 26 that chimpanzees make and use tools is considered a one of the greatest contributions of the 20th century.

From Jane’s early discoveries observing chimpanzee communities in the 1960s to the current descendants, detailed observations of the ‘G and F family’ lineages and other studies have wielded an incredible wealth of knowledge, including insights into chimpanzee mother-infant bonds, ecology, culture, health, altruism, emotionality, and intelligence.  The impacts of this unique place of discovery span primate behavior, evolution, health, and ecology with a tremendous possibility for new and important findings.

Today, the Jane Goodall Institute’s Gombe Stream Research Center and work with research partners continues Jane’s living legacy in what is now the longest-running wild chimpanzee study in the world. These insights have not only shaped public understanding of our unique likeness to our closest living relatives but also their innate value as sentient, complex beings and the need to protect them. Chimpanzee Tool Making and Use

In November of 1960, Jane observed that chimpanzees make and use tools. Before this, non-human animals were presumed to be mere automatons. This discovery revolutionized the field of animal behavior, presenting the idea that humans are not different in kind from other species, but rather only by degree.

Dr. Goodall began a landmark chimpanzee mother-infant study – one that continues to this day. Thanks to this research, we know that chimpanzees learn essential life skills from their mothers, including how to pick up on emotional cues, be a good leader, and demonstrate compassion.

Dr. Goodall witnessed chimpanzees embracing to comfort one another in mourning and documented adoption of orphaned chimpanzees by others in the community. Challenging the notion that non-human animals lack emotions, she was witnessing compassion and altruism, not unlike our own.

In 1960, Dr. Goodall discovered that chimpanzees are omnivorous. She observed them hunting and eating bush pigs, colobus monkeys and small mammals. However, meat only comprises three percent of their average diet.

Dr. Goodall discovered that chimpanzees can engage in a type of ‘war’ against rival groups. From 1974 to 1978, a unified group of Kasakela chimpanzees began splintering into two communities and engaging in ‘warfare’.  Jane found that they are as complex as we and with a dark side, which exists alongside their compassion and kindness. Jane and JGI’s insights from Gombe have had a tremendous impact on current conservation knowledge (of both threats and solutions) and methodology.

JGI’s innovating efforts in science and community-centered conservation (Tacare) make Gombe one of the world’s most significant examples of collaboration with human communities for species conservation. Tacare, a community-led conservation approach honed by the Jane Goodall Institute which started in the early 90s in communities around Gombe, now exists across the chimpanzee range in a growing number of countries.

Through this collaboration, the protection of vital great ape habitats happens through local ownership of decision-making, including land-use planning, natural resource management, and sustainable livelihoods, along with other sustainable development initiatives like a ‘One Health’ approach and education access. Tacare will continue to influence the conservation landscape in remarkable ways for many years to come. Go behind the binoculars to follow in Jane’s footsteps

JGI’s Gombe60 Storymap, created with support from Esri and Blueraster, showcases the singular living legacy of this dynamic place of discovery. Learn even more about the wild chimpanzees of Gombe, become immersed in the research and current scientific impacts, and examine the role of Gombe in modern community-led conservation.

Learn More About The Impact of Gombe Research

Over 300 publications focusing on chimpanzee behavior, health, or other insights have emerged from Gombe. They are cited by scientists every day.

Guinness World Records has recognized our Gombe research as the longest-running continuous study of chimpanzees. Studies in Gombe of chimpanzee mothers and infants, adolescent females, vocalizations, and health (including the SIV virus – the precursor of HIV), climate and habitat monitoring, annual and seasonal productivity changes in vegetation, and chimpanzee population surveys all greatly contribute essential findings to their respective fields.

Researchers like Dr. Anthony Collins, have led other incredible studies of other Gombe primates including baboons, which the Gombe team have now studied for 53 years. Other younger studies on red-tail and blue monkeys add to the richness of our understanding of Gombe’s primates. #GOMBE60 ON GOOD FOR ALL NEWS

Jane’s dream was to go to Africa and tell stories about wildlife. Her work in Gombe was her first opportunity to fulfill that dream. Her legacy of storytelling has continued through today. Read our Gombe 60 stories from the early days through modern time and meet some of our favorite characters from throughout the last six decades. 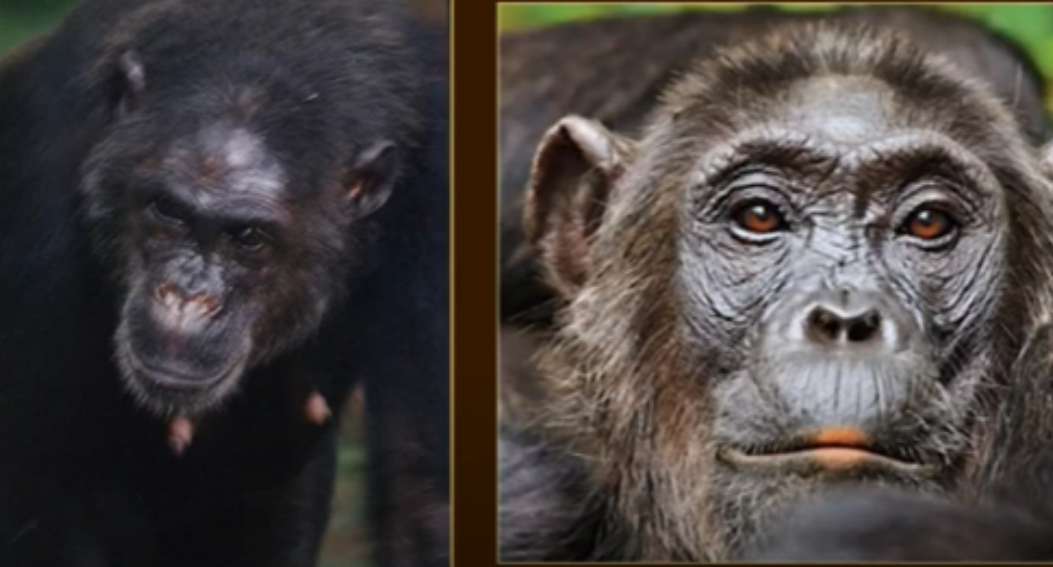 Day 2 Highlights From Gombe 60 Symposium at the (IPS) Congress

Quito, 9-15 January, 2022  The Jane Goodall Institute (JGI) has an incredible legacy for science with an emphasis …
By Dr. Lilian Pintea

Highlights of Major Research Learnings From 2019

Gombe’s transformative research is as dynamic and insightful as ever. In 2019, six decades after it first began, daily routine observations of chimpanzees, known as the B-Record, continued alongside studies of chimpanzee mothers and infants, …
By Jake Kilroy 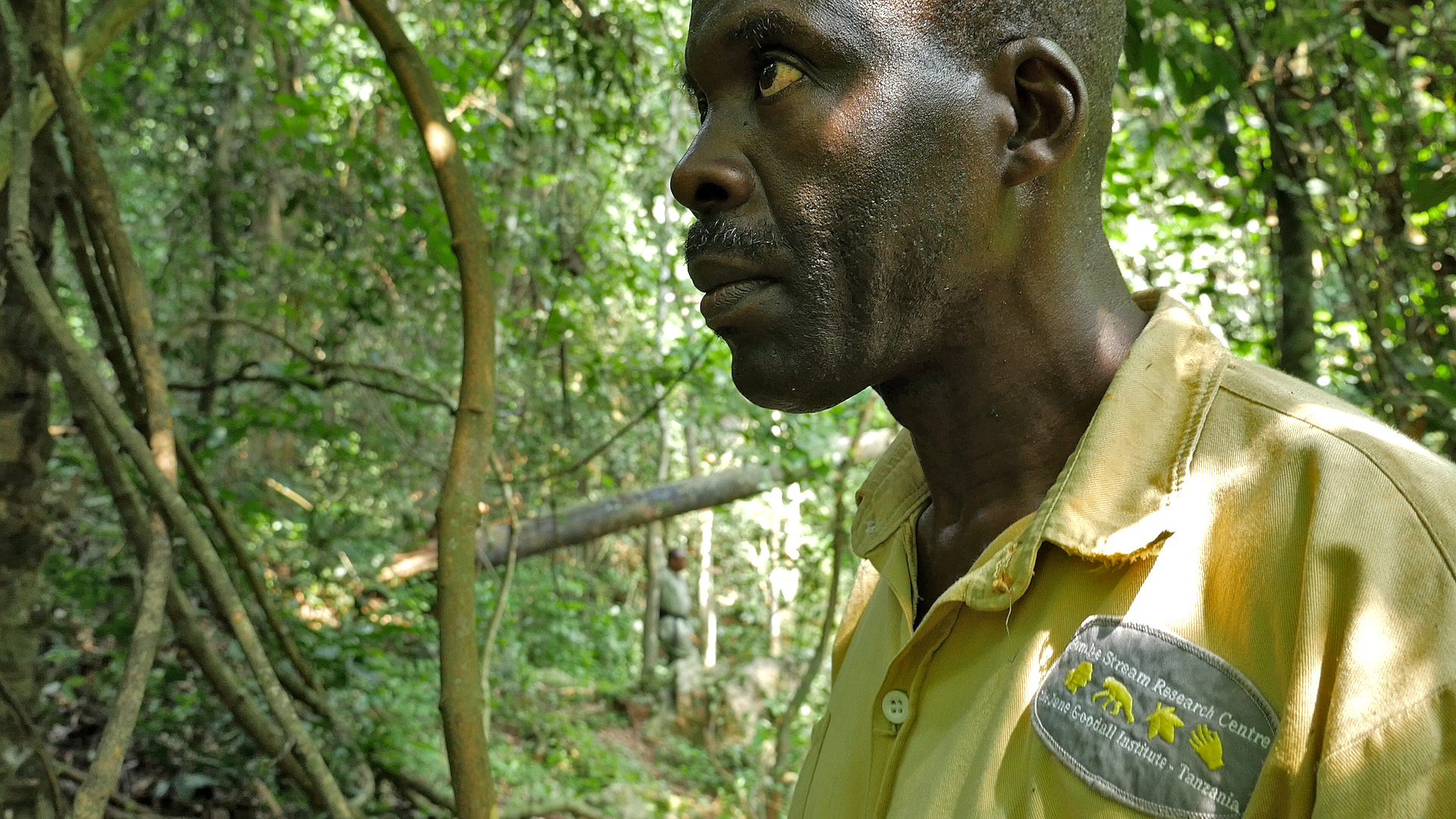 It’s hard to miss Gabo Paul Zilikana. Nearly a foot taller than most of his fellow field assistants …
By Jake Kilroy

Help JGI Secure the Future of Gombe and Beyond

Make a gift to support JGI’s effort s to secure the future of Gombe and protect threatened habitat for chimpanzees.

Sponsor our work and stay informed on JGI’s latest science.

Take a Trip with Dr. Goodall via Google Earth

Walk through Gombe while learning about how JGI is protecting this national park. For Gombe 60, help us spread the word about Jane and JGI’s legacy od science. Follow us on Facebook and share our special features for this anniversary with the hashtag #Gombe60.

We use cookies on our website to give you the most relevant experience by remembering your preferences and repeat visits. By clicking “Accept”, you consent to the use of ALL the cookies.
Cookie settingsACCEPT
Manage consent